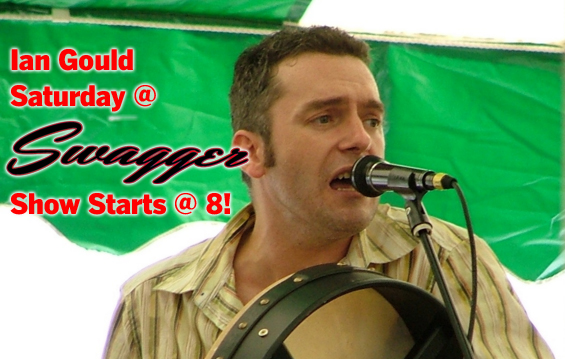 Check out and add yourself to the Facebook Event to let us know you’re coming!

See You At The Show!

Ian, an immigrant from Belfast, Northern Ireland, began his musical career as a kid playing in bands throughout Ireland, the UK & Europe. Ian is now a solo artist and a singer/song writer. He has been performing internationally for more than 20 years. Through his music and travels Ian has had the privilege of living and studying in Perth, Scotland and living in some other fine European cities such as London, Brussels and Amsterdam.

Although he is still a continuous traveler, Ian now resides in the United States.  He received his U.S. citizenship in November 2015! A veteran bassist who has toured with bands throughout Europe and the U.S.A, Ian currently lives with his wife and two children near Milwaukee, Wisconsin. He is a solo artist popular throughout the Midwest, from Minnesota to Illinois, to Michigan. “I’m fortunate to live where I live, because the Irish scene is vibrant. I meet so many wonderful people as I travel around.”

Ian Gould was recently nominated for the “Top Solo Performer in a Pub Venue throughout the USA, Ireland, European Union, and the  United Kingdom. In 2012, Ian was invited by the President of Ireland, Michael D. Higgins, to perform for him and for Irish and British diplomats on the 12th of July, at the President’s official residence, Áras an Uachtaráin, in Dublin.  It was a great experience for all!