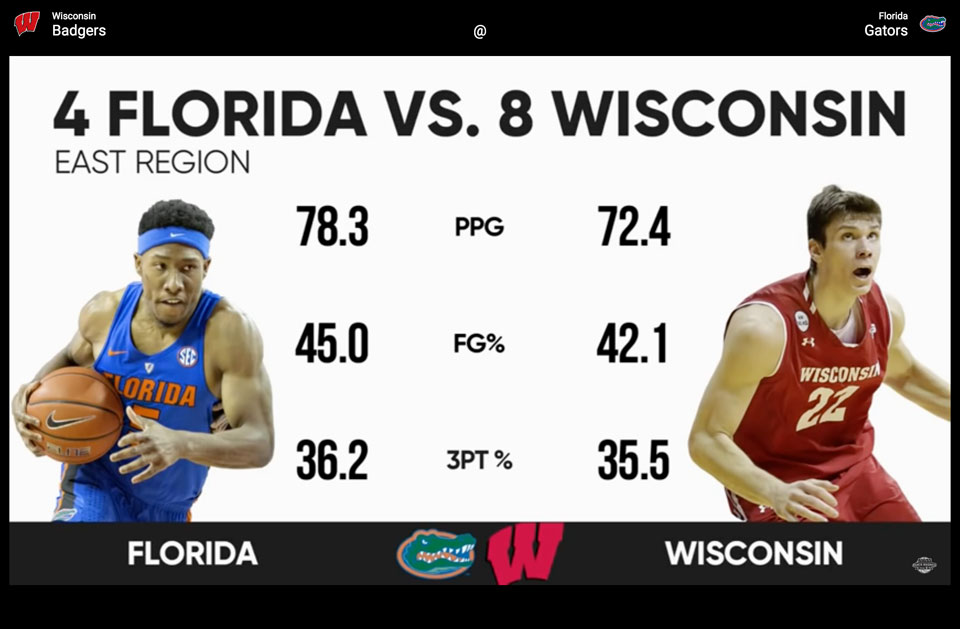 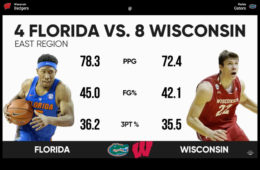 Come in to Swagger on Friday night to see our own Wisconsin Badgers(8) go head to head with the Florida Gators(4)!

The No. 8 seed Badgers advanced to the Sweet 16 with via a late victory over Villanova, knocking off a No. 1 seed for the third time in the last four tournaments. Meanwhile, No. 4 seed Florida’s defense shut down No. 5 seed Virginia, as the Gators advanced out of the second round for the 10th time in school history.