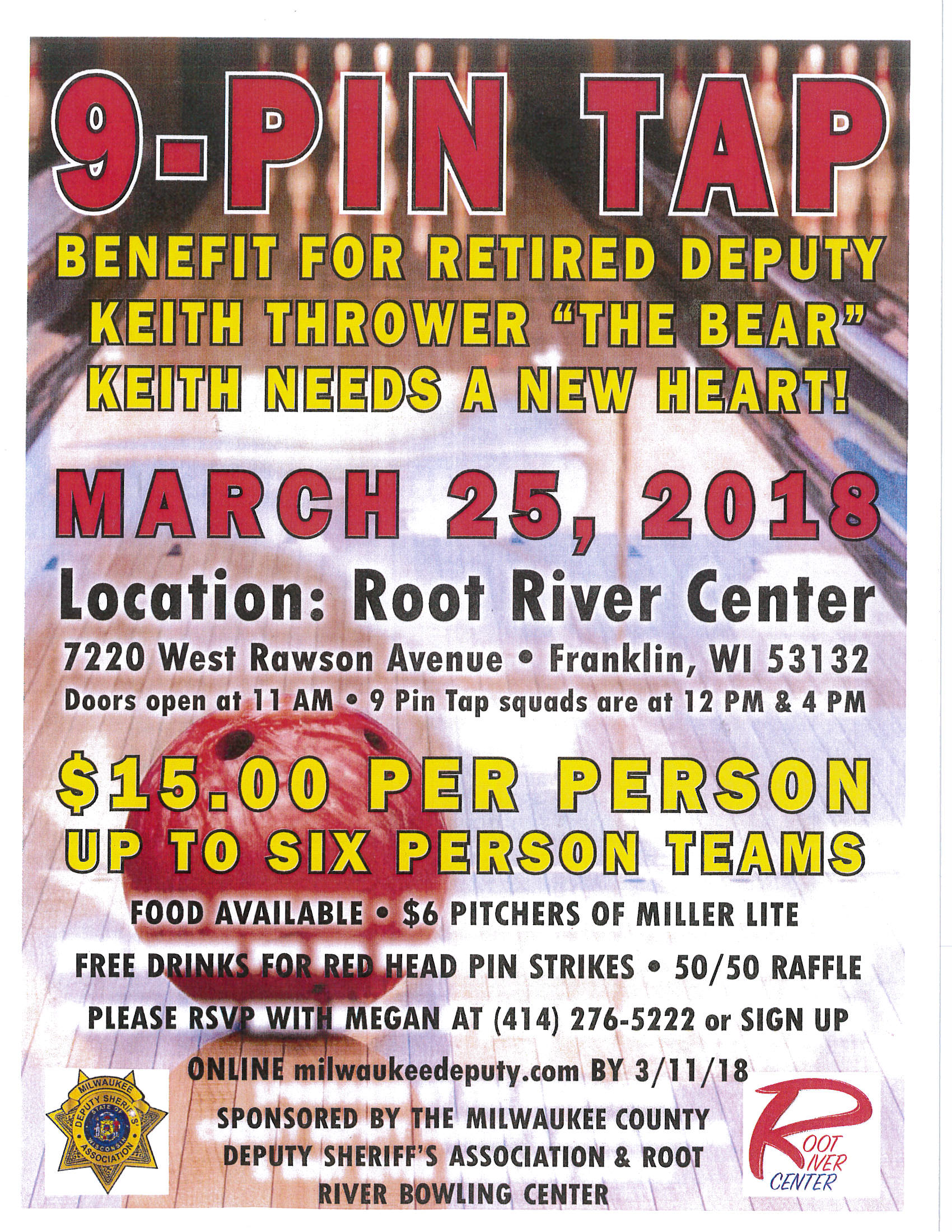 Swagger Sports Bar & Grill is turning a Wee Bit of Irish this Holiday!

Please join us in celebrating all day and night!!!

Delicious mouthwatering corned beef and cabbage prepared by our chef as well as our full menu will be available for all hungry leprechauns.

You’ve found a pot of gold with:

Be ready to do an Irish jig with Dog House Charlie (Live DJ) starting at 7 pm!

Miller & Bud promo items will be handed out!

Don’t miss out on this craic celebration!

Unable to bowl…. stop in anyway to support a great organization! $10 entry fee to Root River this day/evening which includes great entertainment!!! Wonderful raffle prizes, a 50/50 auction & lots of fun!!!!

LeRoy Butler is our FEATURED guest! 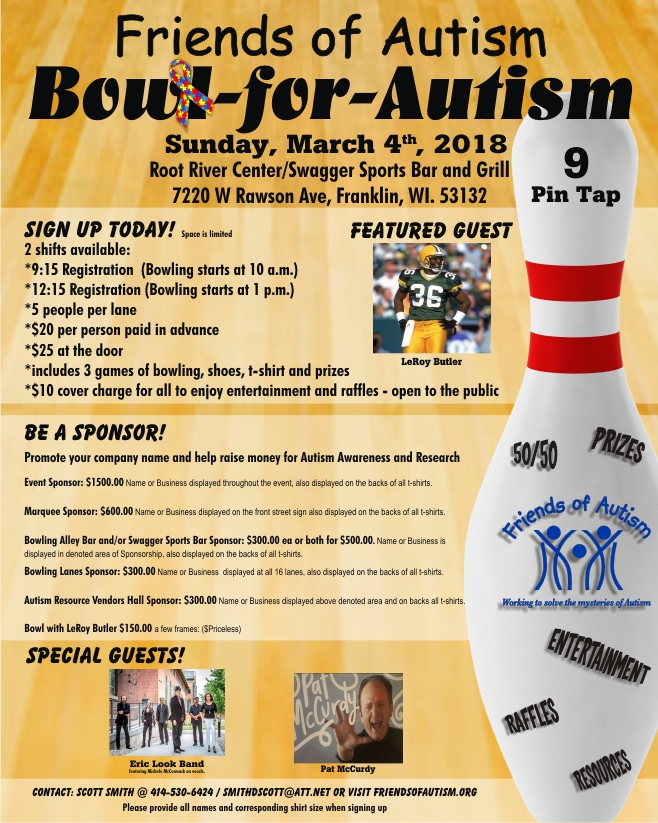 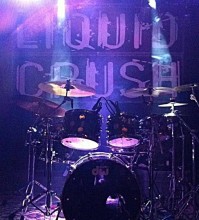 Join Liquid Crush at Swagger Sports Bar & Grill inside the Root River Center in Franklin, WI! Get there early and enjoy some food and then stay for some drinks, music and dancing! 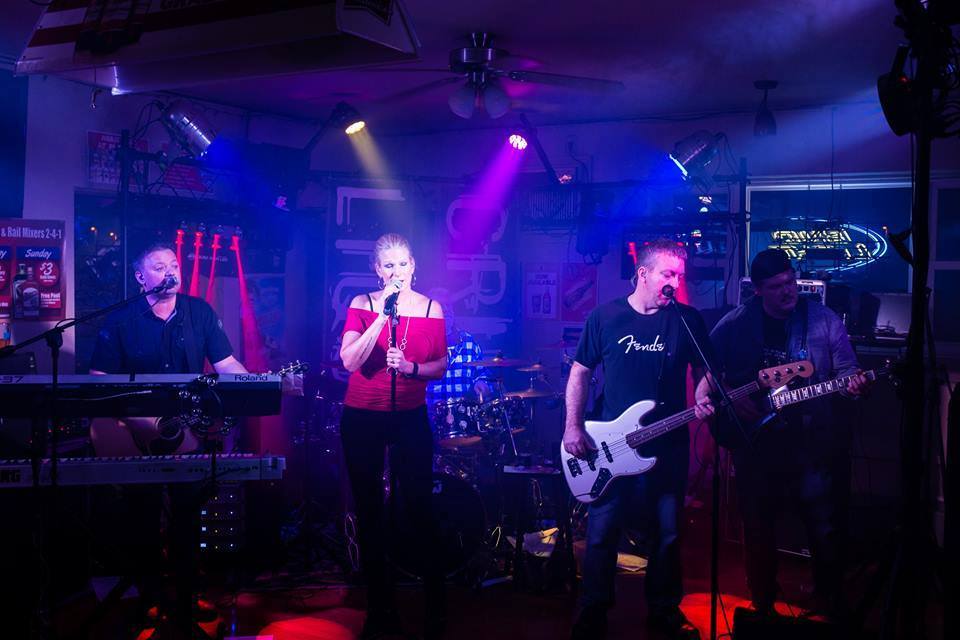 Playing quality live mainstream cover music, LIQUID CRUSH has been entertaining audiences since the spring of 1999.

While evolving throughout the years to the current group, each member along the way has brought along their own experiences, ideas, and influences, which when combined with seasoned instrumentation and vocals, enables LIQUID CRUSH to play a vast amount of songs from the popular standards to those not being performed by many cover bands today.

Join us in welcoming The Acoustix to Swagger Sports Bar for the first time!

Formed in June of 2000, The Acoustix came to be after Doug and Dave got tired of playing in other bands and wanted to do something more casual and intimate. They had used this format, acoustic guitar and congas, to showcase their full band in the past, allowing the venue to get a taste of what they do. Now using this format exclusively, the band has found great success in the Milwaukee area. They are regulars at some of the best music venues in town and perform annually at Milwaukee’s Summerfest, the world’s largest music festival. They cover anything from Neil Diamond to AC/DC and can entertain crowds of all ages. The Acoustix are also favorites at many private parties, corporate events, and weddings. 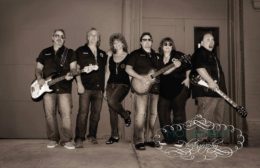 Swagger Sports Bar is happy to welcome STEREOTYPE for the first time!

Stereotype is a professional rock, pop, alternative, dance, and country band. From the first note to the last, their tight instrumentation and blended harmonies will give people what they come out to hear. With an awesome light show and a pro-sound system, this band will knock listeners into another dimension filled with the sounds from the 50’s-Today sure to please every generation!! The members of Stereotype are masters of their crafts, bringing a total of over 150 years of diverse stage experience. Plus they employ fun and creative ways to interact with the audience that will keep people coming back show after show!

This Saturday Night – The Us Project!

RECORDING’S on this site include, Tommy Greywolf of Brooks-N-Dunn on Electric Violin, Guy Hoffman of the Bodeans and Violent femms on drums, Tony Brice of One Drum on Conga’s and percussion, Mitch Cooper on Bass and keyboards…LA’s “T-Bone”, Torbian Anderson of Sweden and Tim Phillips on electric guitars and many others! “A Multi-Tasking band”! Vocals on the “NEW SONGS” being released in 2015, Jaded, I Hope You Do & Free Me, were recorded in Hollywood & LA this last year by Scott & jazz singer and performer, Miss Leah. All other tracks are recorded by The US Project singers Tiffany Hood, Paula Marie, Jennifer Lee, Miss Jewlz & Tracey Green.

Scott plays drums, acoustic guitars and all lead vocals on all the tracks with many other musicians from many other bands on this site! Hence the reason its called “US”!!! Songs from the 3 cd’s “Albion Moon”, “Hoping For the Sun” and “Don’t Look Back”! Including new songs from the LA, DVD “Live In LA” w/ live footage included/// – For his drum recordings, go to www.Reverbnation.com/ScottEBerendtDrums

A “WAMI” Award Winner from the Mid-West and Wisconsin for “Best Drummer of The Year” and nominee for “Best Artist, Songwriter & Performer” and from many of his accomplishments and recordings, had become a “Grammy” Member in 2002.

He tour’s on drums with Country Rock band – “SaddleBrook” & the rock band “Bad Boy”…. Also, a featured drummer in the world wide published drummer book called, (“Stick-N Skins”). Featuring 400 of the top drummers from around the globe and now featured in the Rock-N-Roll Hall of Fame & Smithsonian, Grammy Hall Of Fame and many other Music store chains & books stores. The book includes drummers from many bands, including Dave Mathews drummer, Neil Peart of Rush, Steve Gadd of Steely Dan, Tommy Lee, Buddy Rich and many others…Info @ www.sticknskins.com

In the last 10 years Scott and his bands have performed at, The Whisky a Go Go, The House of Blues, in LA, Chicago & Vegas, Navy Pier & Excalibur in Chicago, the MGM in Vegas, Summerfest in Milwaukee, Taste of Minnesota, a Cruise Ship concert to Cozumel and a slew of other big events around the country from New York to LA.

The US Project is widely known for their stage production, showmanship, drumming, percussion/singing and the versatile range of talented, multi tasking musicians. “Solo or up to 8 or 9 piece band, Scott gets an edgy sound on vocals combined with an eclectic style of music all it’s own”…. World Beat Rock…Live in concert or on the 3 self produced CDs “Albion Moon”, “Hoping For The Sun” and “Don’t Look Back” …His stong voice and drums will always be heard. Currently recording in LA & in Milwaukee for a new release coming soon. TBA

Others they have opened for,… Ted Nugent, Roger Hodgsen of Supertramp, Pat Benatar, Vertical Horizon, Asia, David Grey, Blonde, O.A.R., and even played on stage with Jefferson Starships, Marty Balin and performed on drums and percussion with world renoun, Latin Recording Artist, “Alex Cuba” and many, many others. Scott has performed, produced and toured for the last 10 years with many other artists including, the late Steve Allen, Buddy Miles, drummer of Jimmy Hendricks, Soul Patrol, Violinist, Tommy Greywolf from Brooks and Dunn, Guy Hoffman, drummer Violent Femms and now tours on drums with the popular rock band “Bad Boy”, featuring the original singer of Cheap Trick., Xeno, and Steve Grimm….This is where he gets to show his drum chops. He also, has an amazing front stage Latin percussion set up, that is one of his shows highlights. (See video’s on this site) He has studied Jazz, Fusion, Latin, Swing, /big band, Rock, Blues and Reggae…

Scott has also acted on some off Broadway shows in the Milwaukee Repertory Theater, the Polka King and also was chose for the movie “Coven” which spawned the making of a movie called “American Movie’. Highlighted at all of the Film festivals and Late Night with David Letterman and Jay Leno…

This shining star is rising fast. So catch a show, hear his voice , watch him drum, see his band or video’s on this site…you will see why many watch and listen and why he’s always on the march up…

Kris began his playing at 4-years-old, strumming guitar with his father. He continued learning about music and practicing. He joined choirs, learned piano and dabbled in musical theater. Kris went on to study at the world-renowned New England Conservatory of Music in Boston. From there, he traveled around the country singing everything from opera and country to rock and roll.

Kris moved to Milwaukee in 1998 at the urging of a childhood friend, actor Gerard Neugent. It was then that he started playing music full-time.

Growing up in a family deeply rooted in traditional Tejano music, Alyssia Dominguez was always destined to be a musician. Her grandmother’s early Tex-Mex influence quickly gave way to a deep love for country music, which led to her singing and playing guitar on stage at the age of fifteen. Those stages have grown since then to include The Wisconsin State Fair, Summerfest, and Chick Singer Night, among many other local venues. Alyssia’s influences have been constantly evolving as well with Miranda Lambert, Kacey Musgraves, Dustin Lynch, and Jon Pardi at the top of her list. Currently, Alyssia performs out as a solo artist and a as a duo with male lead singer of Rebel Grace, Jeremy Zima. She has recently released her first EP titled, The Reason, featuring original music co-written with Keith Pulvermacher. It includes four different songs that showcase a variety of Alyssia’s musical styles. 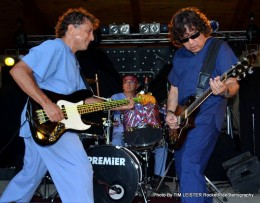 Stop in to Swagger Saturday March, 5th for some “Timeless Rock’n’Roll!”

The Healers is comprised of three rock n’ roll animals. It is a power trio with three vocalists that deliver a different view of the classic rock landscape, with harmonies from the heavens above.
They give it all they got at every performance, with tunes that will have you dancing, singing and…..Rocking. The Healers have a remedy for the pathology of everyday life, a strong dose of classic rock n’ roll music. With Muncie Indiana on guitar, Berto Chez on drums, and Doc Green on bass, your treatment team is complete and ready to cure what ails you.
Performing the music of Santana, The Rolling Stones, The Police, Robert Palmer, Tom Petty, The Zombies, Stevie Wonder, Red Hot Chili Peppers, and Deep Purple to name a few, you will discover the common element of irresistible power that rock n’ roll from every decade is built on. The prognosis is excellent for a complete renewal of mind, body and soul.